Corks & Cake combines the musings of Rebecca and friends on food, wine, gardening, entertaining, decorating, books, music, art, fashion, and motherhood.  Not necessarily in that order.  We would never put motherhood last, no.

We have a point of view.  Life is chaotic and messy and wonderful and you should never take yourself too seriously or you might miss it.

Enjoy your children (little beasts as they are) and invite their friends over to dine at your table.  Put something green in the ground and see if it takes off.  Share a go-to recipe or a favorite bottle of wine on the porch with your neighbor on a Wednesday, just because you don’t want the conversation to end.

We’ll aim to provide you with a little bit of inspiration, a little bit of humor, maybe a shortcut or two, and at the very least a little bit of distraction.  We believe that collaboration is a beautiful thing, and we can’t wait for your comments and ideas. 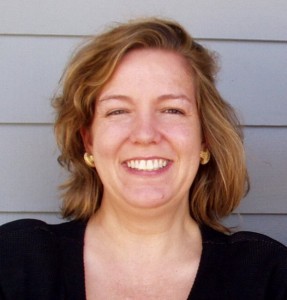 Since then she’s worked as a pantry assistant at a gourmet restaurant in Jackson Hole, did a stint as a receptionist for a top law firm on Pennsylvania Avenue (hated it) and then found her groove in marketing, communications, and brand management.  As director of brand communications for Maryland Public Television, she led publicity and promotion efforts for several food television series including Jewish Cooking in America with Joan Nathan, Mollie Katzen’s Sunlight Café, and Stephen Raichlen’s Barbecue University. She hung her freelancing shingle, “Art of the Table,” out in 2002 and has the privilege of working with great clients like National Geographic Television & Film, the Virginia Wine Guide, and Warner Hanson Television’s Chefs A’Field: Kids on the Farm. She credits them with honing her chops in publicity and television sponsorship.  When she’s not finding zen in her kitchen creating and testing recipes to try out on the neighborhood, Rebecca volunteers with American Institute of Wine & Food’s Days of Taste to bring chefs and farmers into the classroom.

She met her husband in Nashville, Tennessee while they were both undergrads at Vanderbilt University.  She also has a master’s degree in marketing from Johns Hopkins University, which officially makes her one of the most educated chauffeurs and laundresses for one child out there.  And she still can make a fine sandwich.