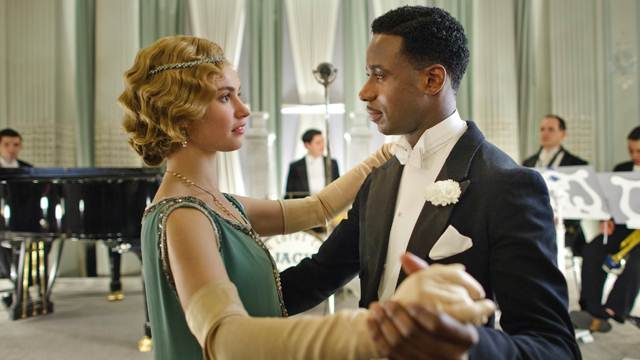 “Shall we dance?”
Photo credit: ITV for MASTERPIECE

Last week, Rose hired a jazz band for Lord Grantham’s surprise party, and unlike the house party where the kitchen staff were invited upstairs to hear the opera singer perform, this time they have to stay and listen at the bottom of the pantry stairs.

Nevertheless, one of my favorite lines of the night came from my favorite character, Mrs. Patmore.

Mrs. P: “It makes you want to jig about though, doesn’t it?”

“I might just loosen my corset and get down with this music!”
Photo credit: ITV for MASTERPIECE

Clueless as Lady Rose is (really, she had no clue that 6 more mouths to feed,  6 more bedrooms to have ready, and 6 more fireplaces to light in said bedrooms, would be an imposition for Mrs. Hughes and her housekeeping staff), she’s keeping the Abbey jumping with her modern ways and tastes! 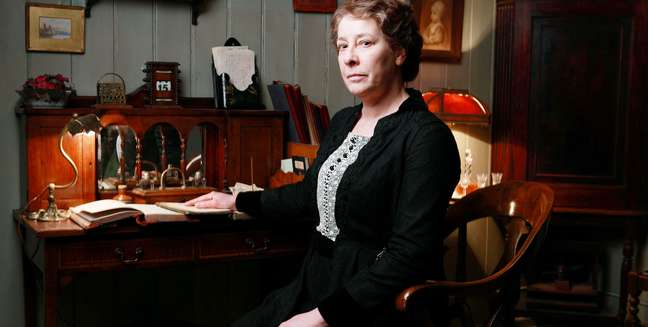 “Six American minstrels to feed and house in addition to Lord Grantham’s party guests? No problem, your Ladyship. I am Mrs. Hughes, after all.”
Photo credit: ITV for MASTERPIECE

Mrs. Patmore, Daisy, and Ivy would be able to keep up their part to feed the extra downstairs guests by making this Vegetable Barley Soup with Ham (using the leftover ham bone from a previous meal) and stretching it with homemade bread and butter.

Mrs. Patmore is very resourceful so we know she must also have some homemade apple sauce “put by.”

Add some farmstead cheddar from the village and maybe some treacle sponge cake leftover from the birthday festivities, and those American musicians would have eaten very well after their gig!

Tune in to your local PBS station February 9, 2014, for Downton Abbey’s next episode! Only 3 more left in season 4!

A hearty winter soup to eat by the fire.
Photo credit: Rebecca Penovich