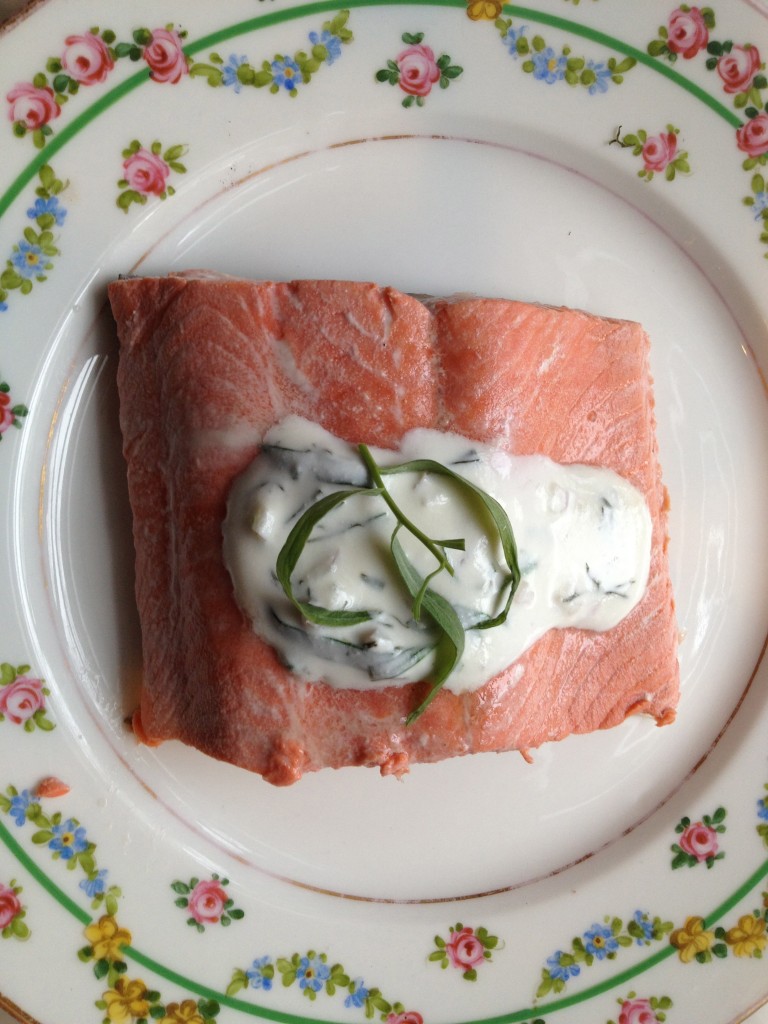 I was inspired to make salmon with a dill sauce in tribute to the Sochi Olympics 2014 kicking off on Friday.  As I researched online about traditional Russian foods and in a book I own called A Year of Russian Feasts by Catherine Cheremeteff Jones, I realized I know very little about Russian cuisine.

Not one salmon recipe in “A Year of Russian Feasts.”   No salmon in this well-researched article from the Vancouver Sun, “Russian Food, Beyond Pierogies and Cabbage Rolls.” 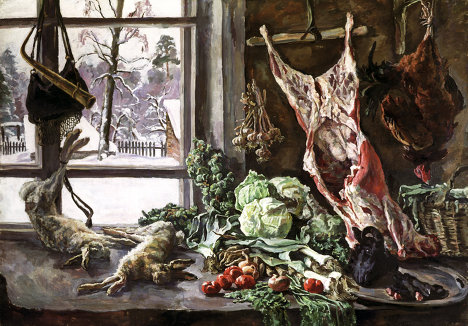 “Meat, Fowl and Brussels Sprouts Against the Window” by Pyotr Konchalovsky (1937)

There is much to explore and the cuisine is as vast and varied as the country itself. Mia Stainsby enlightens us in her article “Russian Food, Beyond Pierogies and Cabbage Rolls”:

“Russian food is closely connected to the food of neighbouring countries like Ukraine, the Baltic Republics, Georgia, Uzbekistan, Kazakhstan, Armenia and Azerbaijan; they were formerly part of the former Soviet Union.”

While the skiers, snowboarders, and figure skaters in Sochi will be tucking into shish kebab with lamb and vegetables, smoked fish and pickled vegetables, you can make this poached salmon with an easy side of pirozhki from the refrigerator case. 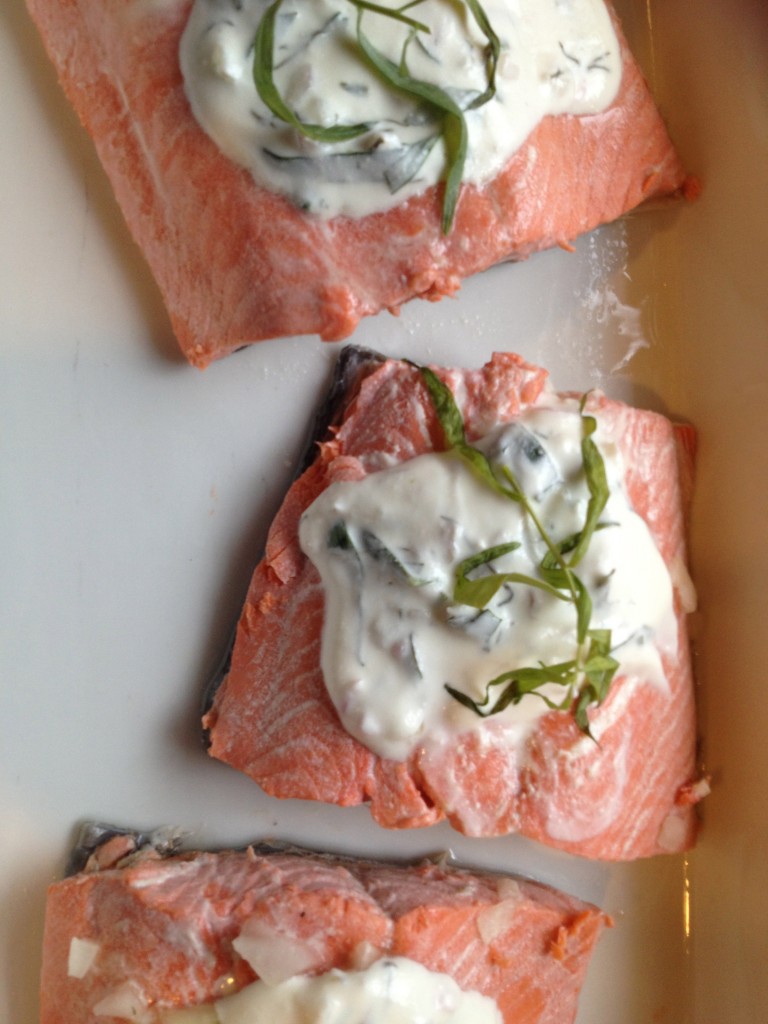 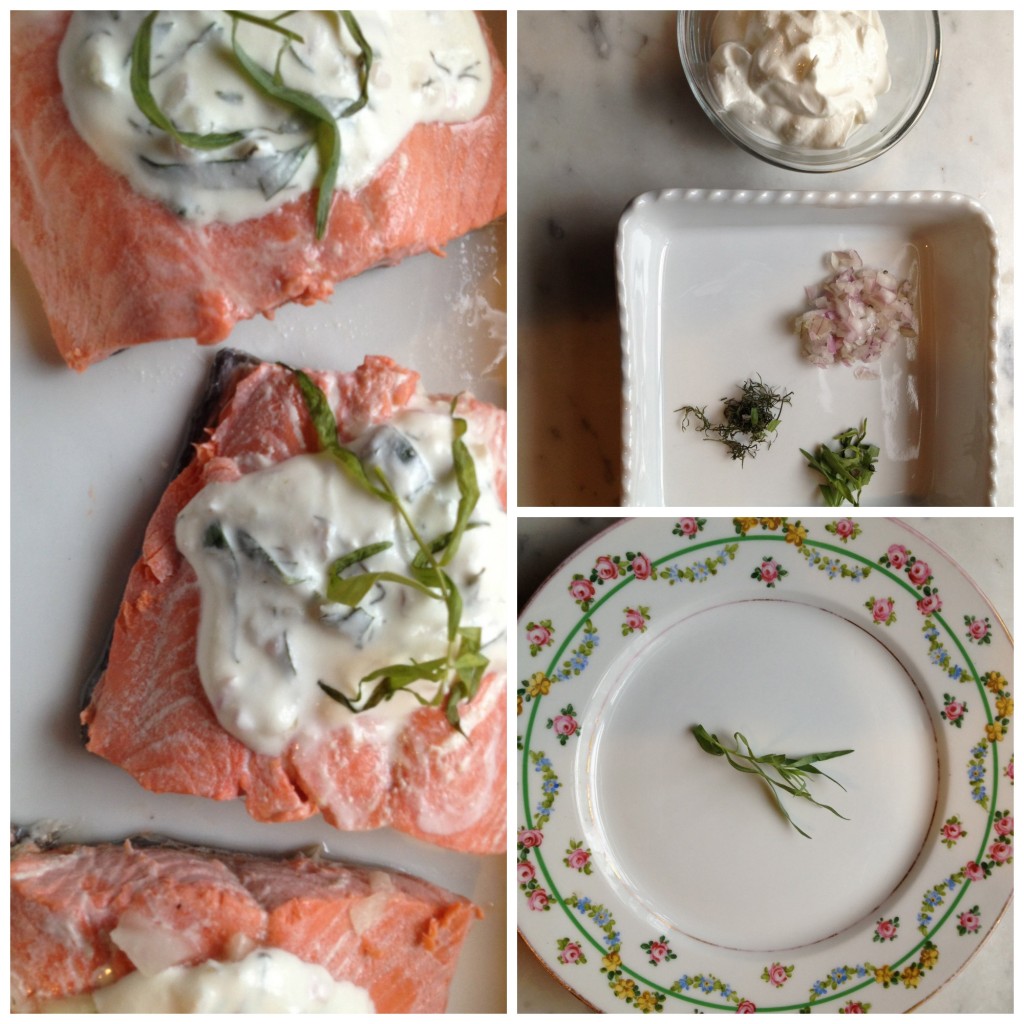 To make the sauce:

U.S. skier Joss Christensen gets in a practice run for Ski Slopestyle ahead of the Sochi 2014 Winter Olympics at the Extreme Park at Rosa Khutor Mountain. (Lars Baron / Getty Images / February 4, 2014)