I wanted to share my guest post for OKRA magazine, the online magazine for the SoFAB Institute, umbrella organization of the Southern Food & Beverage Museum and the Museum of the American Cocktail, among other scholarly and culinary pursuits.

Now that we are fully fledged into winter (yes I’m talking about you, snow days), Corks & Cake is all about the pot pie. 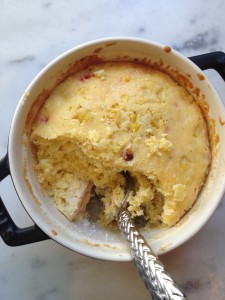 I tested this recipe from The Kids in the Kitchen Cookbook from 1968 and it was fun to take a look backward and see what 1968 had to say. 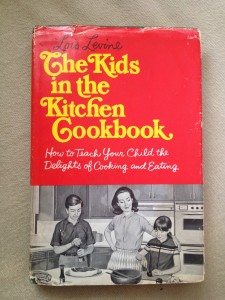 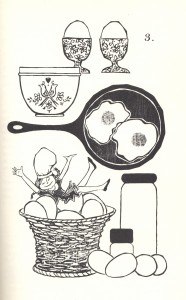 Despite a whole chapter devoted to Gelatin and Puddings (hello mid-century potlucks and/or my Minnesota childhood), there were some recipes in here worth trying.

Go to my Vintage Kitchen column at OKRA for the whole review and vintage recipe. 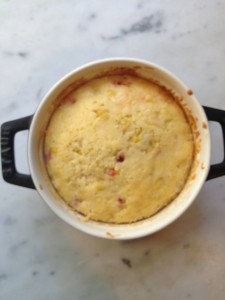 I think the recipe could be tweaked and brought into the modern kitchen.  In my next iteration I’ll add some chopped green chiles, a light bechamel sauce or veloute to the shredded chicken, chopped shallots and maybe a handful of sauteed carrots, peas, or mushrooms, too.

The corn bread topping was delicious.

I think Colonial-era cooks and certainly 1968-era cooks knew that pot pie was a great and tasty way to revive leftovers and I agree!  It is also because I love my cute Staub cocottes:

Spoon yesterday’s stew or shredded meat and roasted vegetables in those babies.  Moisten with a combination of chicken stock, leftover gravy, a dash of heavy cream.  Cover with pre-made pie crust and bake according to directions or just use those adorable lids and bake at 350° for 30 minutes.  I gave some leftover beef brisket and braised onions a new life last night by giving it the pot pie treatment. 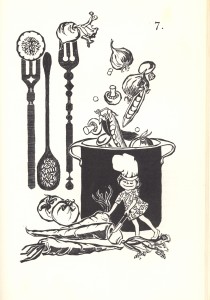 Throw it in the pot with glee!