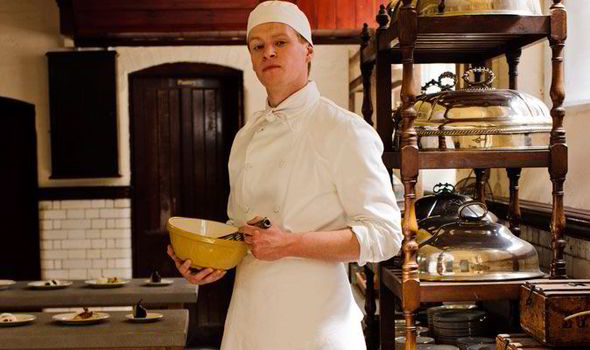 “Cold potato soup?! That’s what we ate on the farm when we ran out of wood for the fire. Now it’s vichyssoise.”
Photo credit: Carnival Films & Television for MASTERPIECE.

Downton Abbey’s episode 4 (airing January 26, 2014) kept the plot moving along and although I can’t say I thought it was a strong episode, it had its moments.

For one, is Bates a sociopath?  Anna and Mrs. Hughes are convinced he will go out and murder someone (again!).  If he would so easily do that, WHY are you married to him?

He menaces sweet Mrs. Hughes to get her to swear on her dear mother’s grave and tell the secret that she promised Anna she’d keep.  Bates, get a a grip on yourself!

The Alfred “I dream a dream of being top chef” plot line continues and he travels to the Ritz Hotel London to test for a position in the hotel kitchen.

I am French and a better cook than you!
Photo credit: Carnival Films & Television for MASTERPIECE

The culinary test sequence was short but we know they were to make 4 dishes, one of them vichyssoise (cold potato and leek soup.)  In a subsequent scene, we see the French chef tasting what looks to be a poached pear with chocolate sauce and two other preparations smothered in white sauce (one which looks like a chicken leg quarter and one which looks like a hamburger patty, blech!)

We may never know what he was tested on because Alfred placed #5 and there are only 4 positions to be filled. 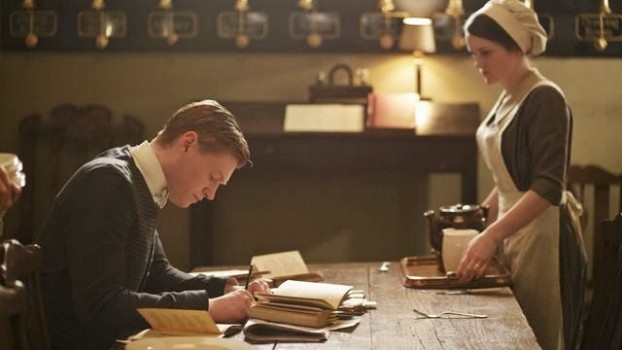 “Oh, Alfred. You are so cute when you are studying Larousse Gastronomique.” (Note to reader: that French gastronomy tome won’t actually be published until 1938.)
Photo credit: ITV for MASTERPIECE

Mr. Carson said it best when he said:  “To fail at the first attempt does not mean you won’t succeed later.”

Did you know that Julia Child failed her first try at the Le Cordon Bleu Cooking School in Paris?  (She was set up by the wicked school administrator who didn’t like her very much, or Americans for that matter.)  For more on that story, read this New York Times article by Julia and her nephew, Alex Prud’homme “Eat, Memory:  Sacré Cordon Bleu!” 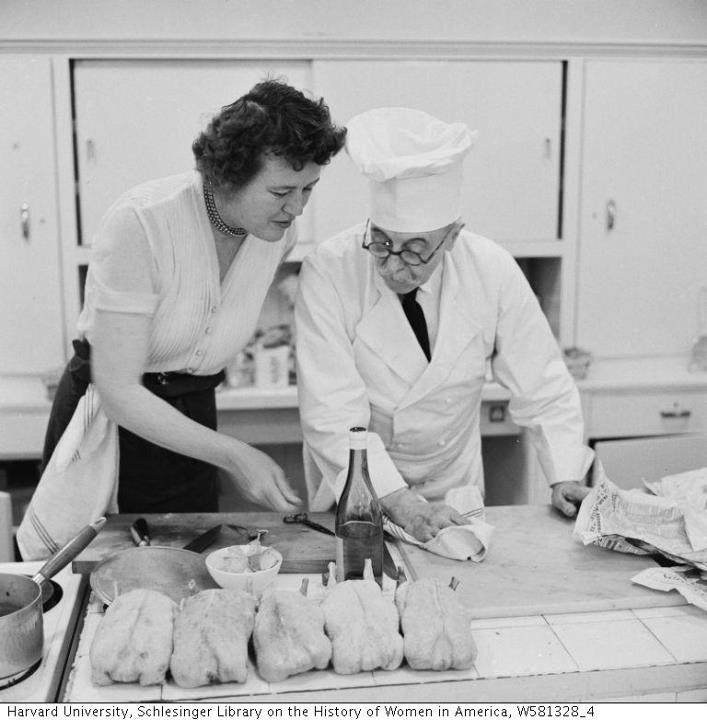 Photo courtesy: Harvard University, Schlesinger Library on the History of Women in America

If you think you can’t make a soufflé, try this one from Food & Wine called “Fallen Cheese Souffle.”  See, even if you fail, it’s supposed to be that way!  And it’s delicious. 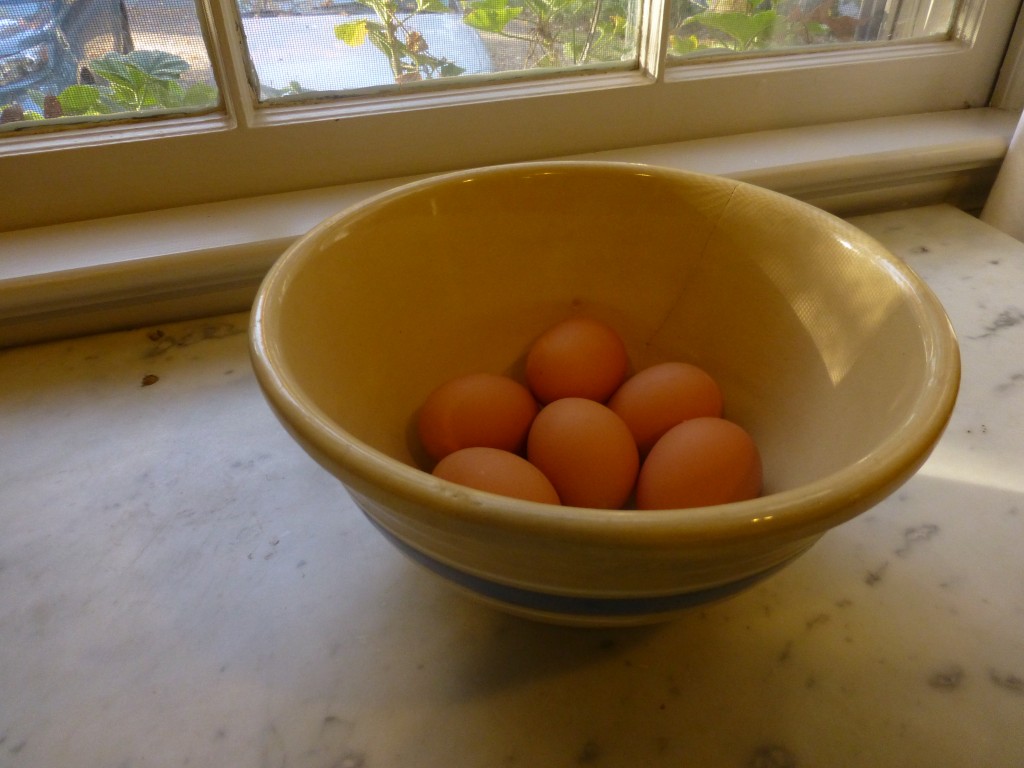 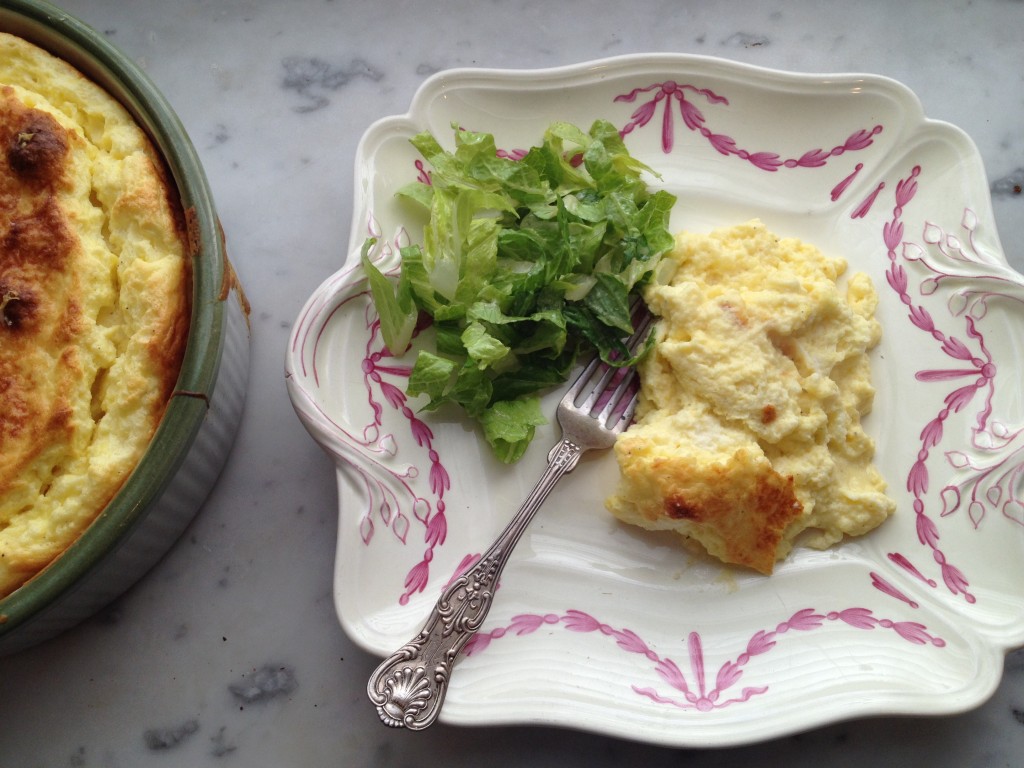 And everyone should have a favorite homemade vinaigrette in their repertoire.  Here’s mine: 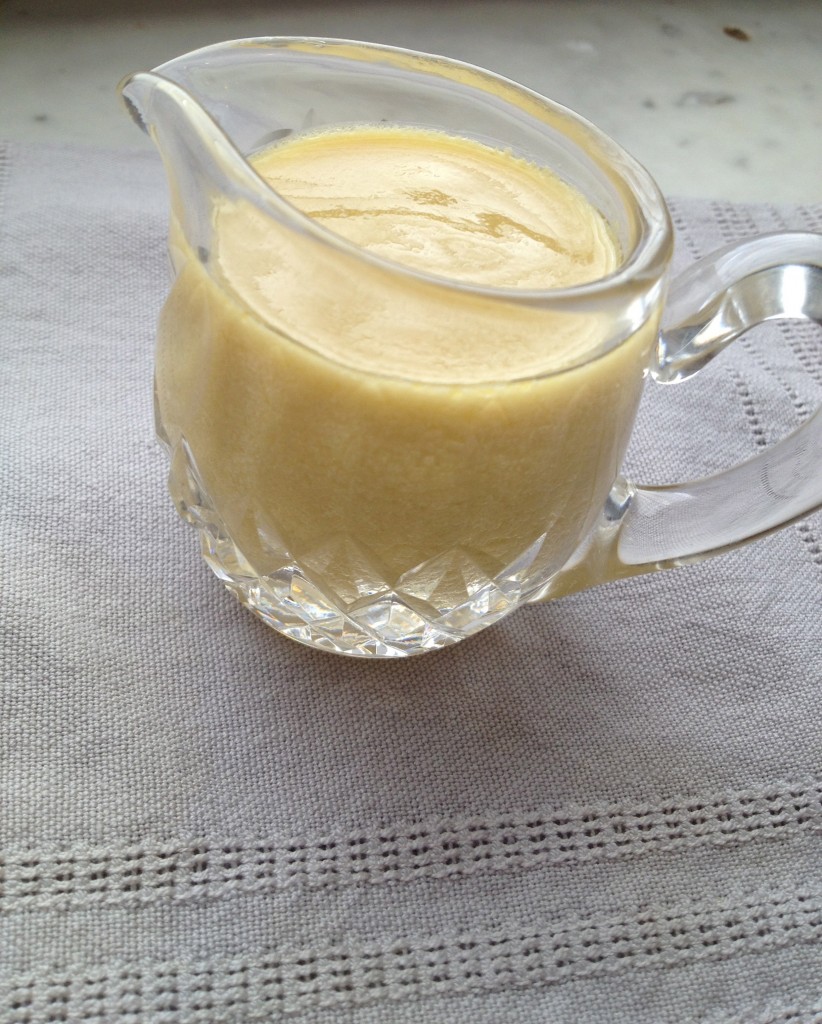 In a small, shallow bowl, whisk together the mustard, vinegar, optional salt and pepper with a small whisk or fork until the mixture is emulsified. Add the olive oil and canola oil in slow stream and whisk again until emulsified.  (NOTE:  I like to turn the bowl with my fingers (1/4 turns) while whisking with the other hand.)

Lord Grantham is going to have a surprise birthday party.  I wonder what his favorite food is?  (I’m guessing leg of lamb!)