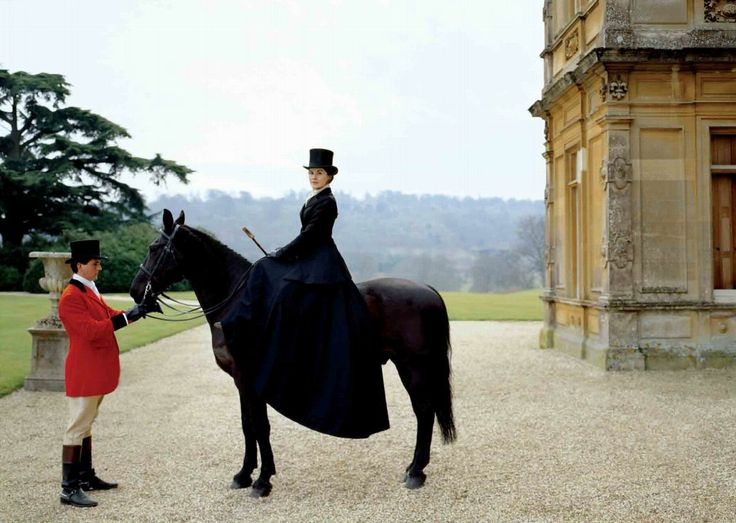 Lady Mary is back in the saddle, in more ways than one.
Photo credit: Carnival Films & Television for MASTERPIECE

Those who watched Downton Abbey’s episode 2 on Sunday know that writer Sir Julian Fellowes certainly knows how to ruin a good house party.

I won’t spoil it here for you in case you haven’t watched yet.  In addition to the shocker, there were moments of comedy and drama upstairs and downstairs, including Mrs. Patmore working herself into a tither over the syllabub, the béchamel, and the lemon dill sauce for the salmon.

She wouldn’t if she had a recipe for blender hollandaise.  And an actual blender of course. 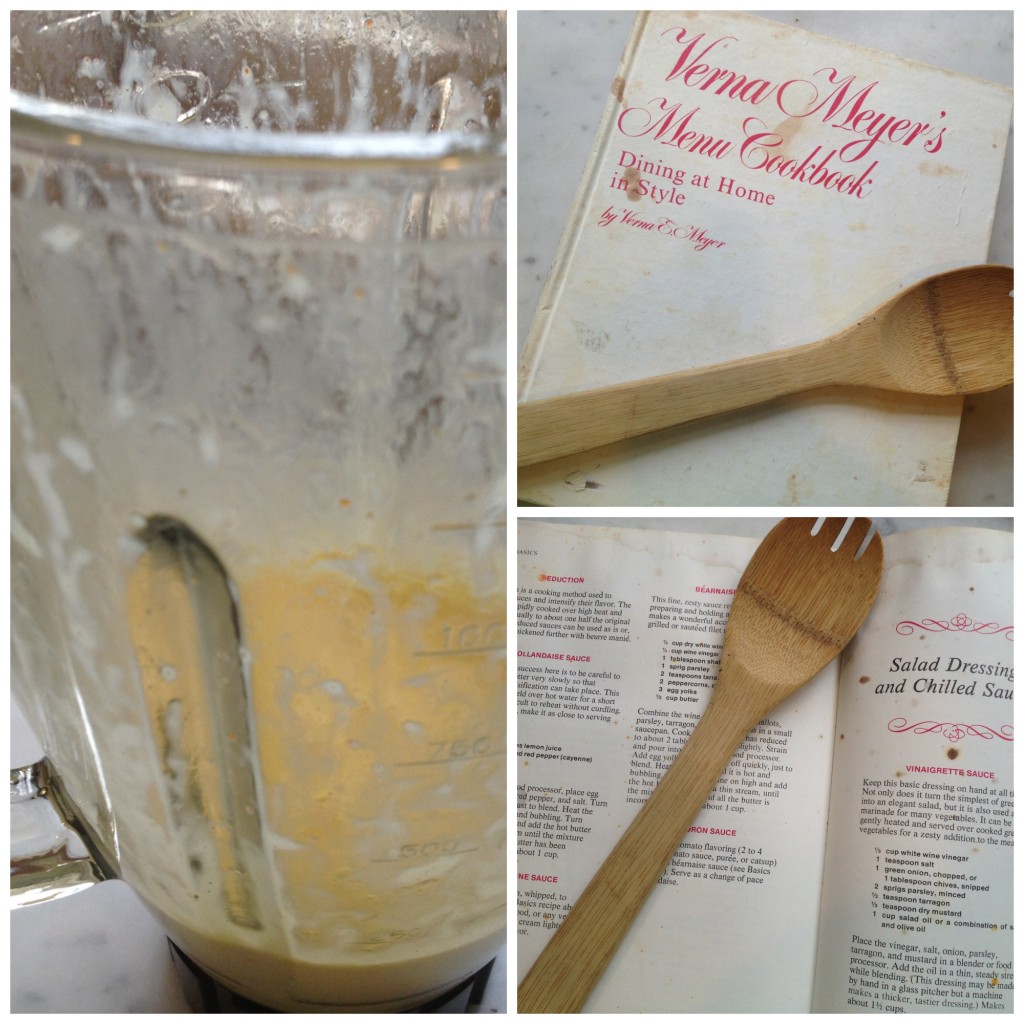 The splattered and battered cookbook from which I learned to cook the classic sauces
(with my mom by my side.)
Photo credit: Rebecca Penovich

The sauces Mrs. Patmore frets about are known as the Mother Sauces of French cuisine:

Mrs. Patmore’s lemon dill sauce for salmon could have been either a velouté or a hollandaise, with extra lemon and dill added.  Once you’ve mastered the Mother sauces you can create almost any other sauce by adding different flavor profiles with aromatics, stocks, vinegars, vegetables and fats.

We started with vinaigrette (which arguably could be considered a Mother or Master sauce, along with mayonnaise.)  From there I conquered Caesar Salad Dressing and then moved on to hollandaise (my favorite.)

On a teenaged dinner date I had discovered Veal Oscar (veal cutlets topped with crabmeat, asparagus, and hollandaise) and I was immediately in love.  With the dish if not with the boy.

Verna Meyer’s book is so splattered and battered in the Dressings and Sauces chapter that they literally stick together and I have to pry them apart when I want to refresh my memory for her Blender Hollandaise.

French chef Eric Ripert (whose recipes I love) has published his recipe for blender hollandaise and it can be found all over the internet with instructional videos and such.  I encourage you to check it out to see the method.  His recipe calls for 2 1/2 sticks of butter and that is a lot of sauce.

Verna’s recipe will give you 1 cup–plenty of hollandaise to serve 6 eggs benedict with extra sauce for dipping.  I sometimes add more lemon juice to Verna’s when I want it citrusy and have used fresh squeezed orange juice in place of the lemon.

Undoubtedly at the Abbey, Mrs. Patmore would also have served the classic Asparagus Hollandaise. 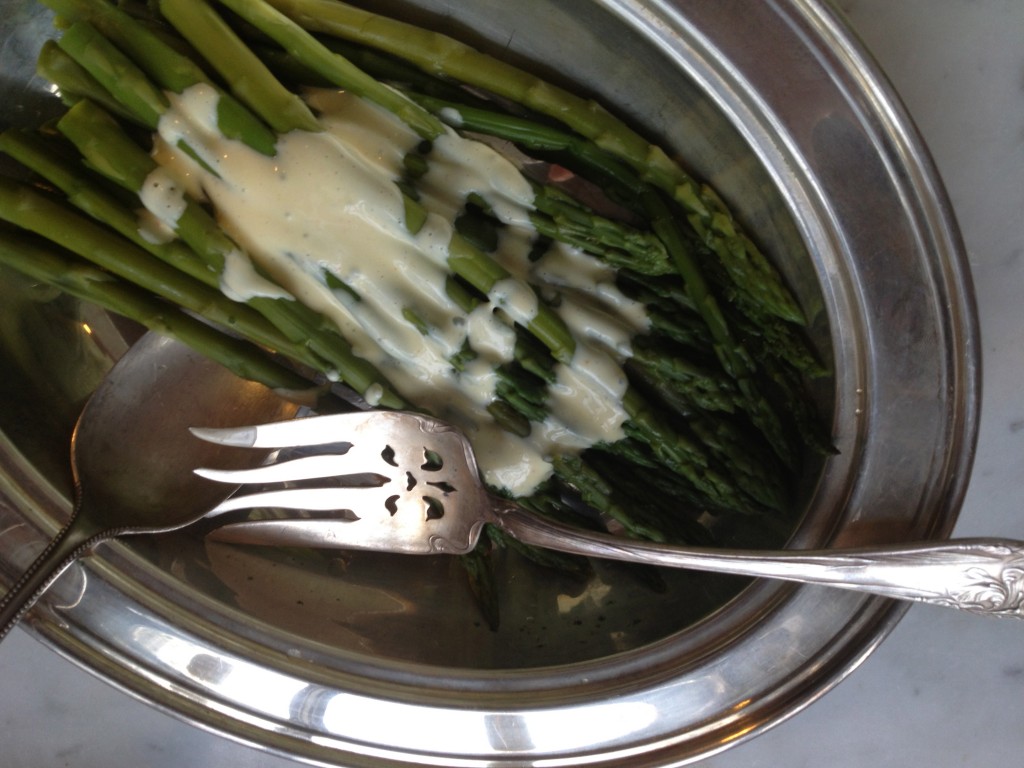 Mrs. Patmore, Daisy, and Ivy would have been taxed to the hilt cooking breakfast, luncheon, canapés, multi-coursed dinners, and tea (with scones, sandwiches, jams and cake) for 16 house guests throughout a weekend.

“She will bust a gut if she keeps that up.” Ivy says.

From what I could tell from rewinding through the episode (yes, I’m that obsessed), Mrs. Patmore’s menu for the first night’s formal dinner might have been:

Syllabub with orange peel and brandy

Presented in French, on menu cards, with the accompanying wines, which we know from Earl Grantham’s instructions to Carson included a Château Haut-Brion and a Château Margaux.  (He cavalierly let Carson choose the white wines for the fish courses.)

Interestingly in the episode, Alfred finishes the sauces and saves the dinner while Mrs. Patmore is having her anxiety attack and turns out that he wants to be a chef!

Alfred, now that you have mastered the classic mother sauces of French cuisine, you are on your way to being a chef.
Photo credit: Carnival Films & Television for MASTERPIECE 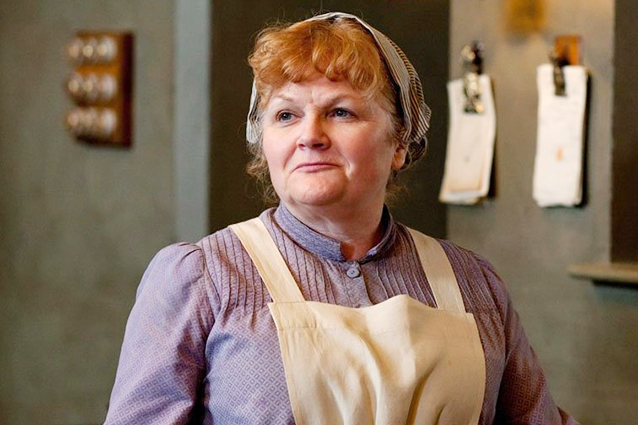 Good on ya, Mrs. Patmore. We are glad you didn’t keel over.
Photo credit: Carnival Films & Television for MASTERPIECE

So there we have it, a very eventful Country House Party at Downton Abbey.

Tune in to your local PBS station on Sunday, January 19, 9 pm ET.  Looks like we are going clubbing in London with Lady Rose so we’ll be shaking up some cocktails 1922-style here at Corks & Cake.